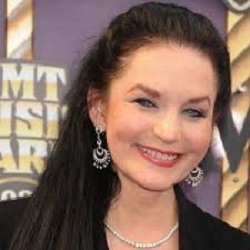 Crystal Gayle is an American country music singer, songwriter, actress and record producer. Originally under the guidance of sister Loretta Lynn, Gayle soon developed her own MOR style. This new musical direction made her one of the most successful crossover artists of the 1970s and 80s.