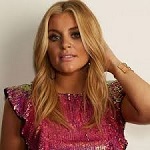 Lauren Alaina is an American singer, songwriter, and actress from Rossville, Georgia. She was the runner-up on the tenth season of American Idol. Her debut studio album, Wildflower, was released on October 11, 2011. Her second album, Road Less Traveled, was released January 27, 2017.